Lately, the idea that I have anything to say feels patently absurd. It’s probably also patently absurd that I use expressions like “patently absurd.” My intention has been to post weekly, on Thursdays, and I’ve not been doing a fantastic job of it. Thursday slides closer and then slips by in the backwash of the week’s end, trailing a tinge of that quiet but uncomfortable remorse one feels when one promises oneself that one will do something and one doesn’t. That is a lot of ones, but I’m feeling archaic. The time is out of joint. 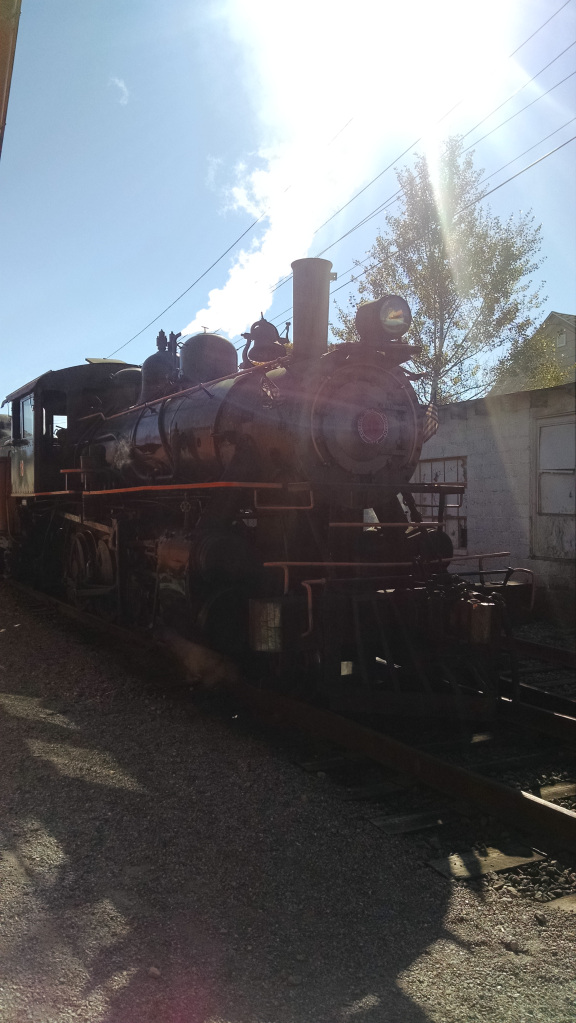 I went backwards in time on a 1920s steam engine last weekend in Buffalo, NY.

Perhaps it’s autumn that does this, that works its strange magic through the waning days and lengthening nights. When the leaves flame out against the hillsides and the nights…