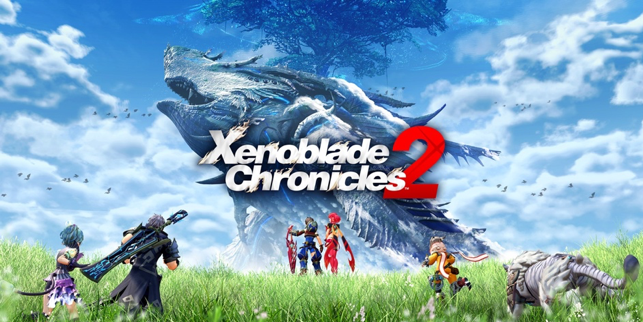 Although these games aren’t a conventional series by any means, with no real connection between any of them rather than the combat system and a few thematic links and characer names, I’m so glad I played them in order. Each one has been more fully realized than the last, exploring deeper questions, bringing more polished gameplay, more developed characters and worlds, and stories both more complex and more comprehensible. It’s all culminated in Xenoblade Chronicles 2, which is a nearly perfect game and may be my new favourite. Playing through the other games in the series first made me fully appreciate what makes a “Xeno” game and how that all came together in Xenoblade Chronicles 2. Let’s look at it piece by piece.

All of the “Xeno” games have super complex stories full of philosophical themes, like what is a god and where is our place in the Universe. This is what drew me to the games initially, and what’s kept me engaged with each entry. In Xenoblade Chronicles 2, you play as a boy named Rex, who is a salvager in what is called the Cloud Sea, a very cool setting. It’s a world that is essentially only made of clouds, and the only “land” is on the backs of giant creatures called titans. The story is full of depth, complete with character growth and thought-provoking twists that always kept me hungry for more, right up until the final credits.

Rex is accompanied by a cast of several other playable characters. Each of them is well-developed and fully realized in their own right. The designs are very heavily anime inspired, and are colourful and varied. Each character has a unique personality that is developed over the course of the game, and I found each of them growing on me as I learned more about them. One of my favourite characters is Nia, who joins the party early. Her personal journey is full of twists and turns, and I liked her more and more as the game went on. Also, she is accompanied by a giant cat, so what’s not to love?

At first, Xenoblade Chronicles 2 seems like any other open-world JRPG, but there is a lot going on here. The combat focuses on beings called Blades. The playable characters are Drivers, people capable of wielding these Blade characters. They reminded me a lot of “Daemons” from His Dark Materialsseries. (If you haven’t read those books you should check them out right now.) There are dozens of blades, and they can be customized in various ways, affecting every aspect of the game from combat to exploration.

The combat is where the gameplay really shines though. It seems like every RPG these days is trying to bring in a new, more MMO-like active battle system, discarding the proven turn-based system RPGs have relied on for decades. Xenoblade Chronicles 2 is the only one I’ve played that nails it. It feels like a combination of the immediacy and precision of an action RPG with the careful strategy of a turn-based system. This is achieved through the auto-attack system, which is essentially the turn-based element. Once enough auto-attacks connect, your abilities charge up. So essentially the auto-attacking is just a timer dictating how often you can carry out an action (take your turn). 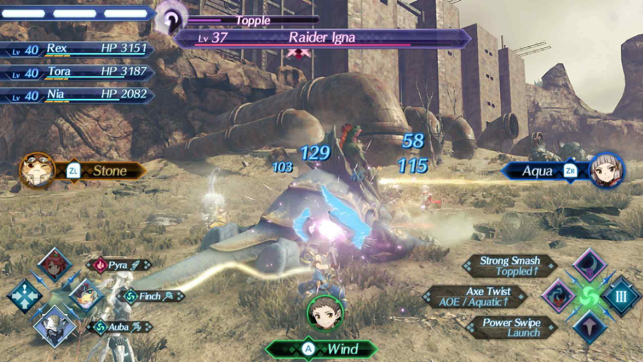 There are many complexities to this battle system that keep you on your toes. I’ve heard a lot of criticism that the auto-attacks mean you can just let the game play itself, but in reality it doesn’t take you out of the action, but allows you to focus on your strategy and all of the complicated combo possibilities.

Pretty much everything can be customized in this game. Your character can learn different abilities and attacks, equip different items and Blades, and the Blades themselves can be equipped and their abilities can be customized as well. New Blades are obtained through core crystals. And each core crystal contains a random blade, so finding crystals is exciting because you never know what you’ll get. In a full playthrough of the game I only unlocked about half of the Blades. Since they are unique characters and also a huge part of combat, it’s really fun to collect new ones and train them as you see fit. It’s like a super-complex version of Pokémon.

Not much to say here. The game looks amazing, the world is beautiful and imaginative, and the soundtrack is wonderful. It feels like a AAA experience through and through. I still find myself humming the themes and remembering the stunning vistas of the cloud sea.

Sure there were some downsides, like the over-leveled enemies that wander the world and wipe you out with no warning (something I found to be true in all Xenoblade games), the lengthy main quest (it’s totally worth it but it is an endurance test), and the over-the-top anime tropes that lead to some strange moments and ridiculous representations of female anatomy (luckily there are also tastefully designed characters like Nia). 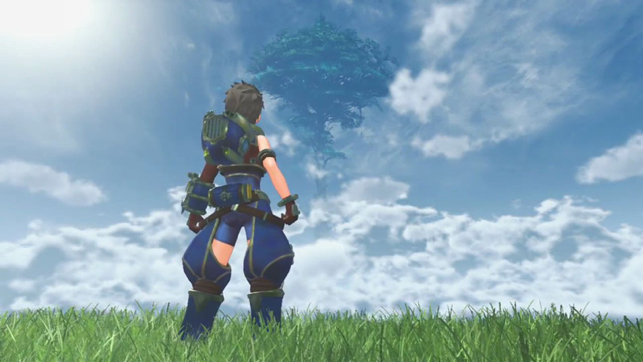 Xenoblade Chronicles 2 is an amazing game. The story and characters alone are reason enough to play it, and the unique battle system is just icing on the cake. I would recommend this game to anyone who is a fan of imaginative worlds, deep plots, complex customization options, and strategic battles. I would not recommend it to people looking for a quick pick-up-and-play experience as getting into the game is a time commitment and it takes many hours just to understand the various customization options and battle systems. If you have the patience to immerse yourself, you’re in for an amazing experience!